Second to feature in the Sustainable Cities series is Bogotá, Colombia. Yes, the country that is probably best known for the infamous drug lord, Pablo Escobar, is actually an increasingly sustainable city and doing some remarkable things that not many other places on the planet are able to achieve. It’s Bus Rapid Transport (BRT) system is perhaps its most sustainable feature.

Bogotá’s is Colombia’s capital city and the is home to just under 9 million and it’s still growing. Bogotá has an area of 1,775km2 and a population density of around 4,310 people per square kilometre.

In the 1990s, there was very little structure to Bogotá’s roads and there were huge numbers of traffic accidents and traffic was a huge problem. There wasn’t much of a public transport system but around 15,000 private buses could be hailed at any point along the city roads. That was until the year 2000.

Bogotá’s BRT system, also known as TransMileno, was opened in 2000 and has a current fleet of 6,000 buses. The have their own lanes on wide boulevards which have helped it become one of the fastest systems in the world. The BRT system transports an average of 2.4 million passengers per day. TransMileno does plan to expand the network. Currently, Colombians that use the service are often very tightly compacted into buses, particularly during rush hour. But even despite the cramped buses, those living in the city still use the BRT as it is much quicker than any other form of transport.

In the most recent Colombian elections, the government promised a subway system for Colombians to use as an alternative to the BRT. In the last year, the go-ahead has been given for a single subway line to be constructed with the estimated completion date of 2022. The new subway will be run on electricity generated from hydropower making it much cleaner than the current BRT system.

There is much more to Bogotá however. Cycling is becoming a very important part of city life and every Sunday, more than one hundred kilometres of city road is closed off to be used entirely for cyclists in an event called Ciclova. Millions of people take to the streets and cycle. Those from the poorer districts in the south cycle north and those in the rich north cycle south creating a huge social mix of cyclists gathering all over the city. Ciclovia has become so popular that a number of cities around the world are considering a similar event in order to get more people cycling. 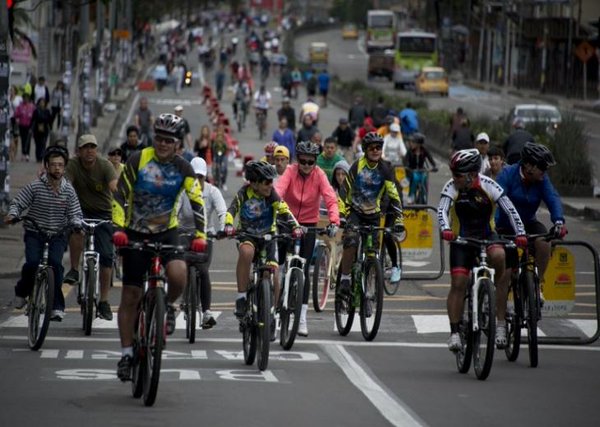 Even as the capital city of a developing country, Bogotá is showing the world that sustainability can be achieved even on a tighter budget. Cities in more developed countries, particularly in the West, have a greater ability to become more sustainable and improve the lives of millions of its residents, yet continue to drag their feet and make more sustainable improvements.