The cartoon below is perhaps one of my favourite climate change cartoons. What if Donald Trump is right? What if climate change is just a hoax perpetrated by the Chinese? And what if everything that’s being done now to transition away from fossil fuels to green energy, better air quality, and a much greener environment does nothing to reduce the impacts of climate change and we’re doing nothing more than making the world a healthier place to live? 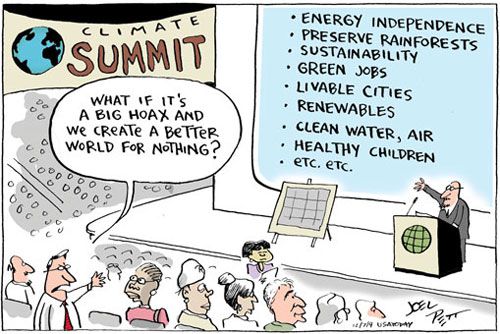 This cartoon raises a very important point. The transition from fossil fuels to renewables, electric vehicles, improving air and water quality, improving global cities, etc. are all common in the climate change argument and are ways for us to protect the environment. But there’s a lot more to this than just the environment. There are three factors to sustainability; environment being one, but economic and social factors also play an important role in sustainability, of which all of the above examples contribute to.

Imagine, for one minute, a world with an environment that was unaffected by man-made climate change. For example, the production and burning of fossil fuels have no impact on the environment, temperatures haven’t increased, and there is no sea level rise. Despite this, there are still things like smogs and particulate emissions, they just have no effect on the environment so there wouldn’t be a problem; things would be fine for nature. But what about the social and economic issues of just carrying on as normal?

Human health is perhaps the biggest social impact of our love for fossil fuels. The burning of fossil fuels and combustion engines in many vehicles produce particulates that have been linked to cancer and respiratory diseases. You just need to look to cities in China and India to see how bad things can get! Even in the UK, a report by the Royal College of Physicians and the Royal College of Paediatrics and Child Health found that poor air quality has been attributed to 40,000 early deaths. In countries with even worse air quality, that number is much higher.

In terms of economic sustainability, the market is changing quickly when it comes to energy supply. For the past few decades, oil, coal, and gas have been the cheapest way to produce energy for the masses. In recent years, however, the price of solar and wind and other renewable energies has dropped significantly and before the end of the decade is predicted to be lower on average. There already examples of solar energy being sold at half the price of the cost of fossil fuels. The argument that fossil fuels are still the cheapest form of energy supply is currently a very shaky argument at best. Before the end of the decade, it won’t be an argument at all. 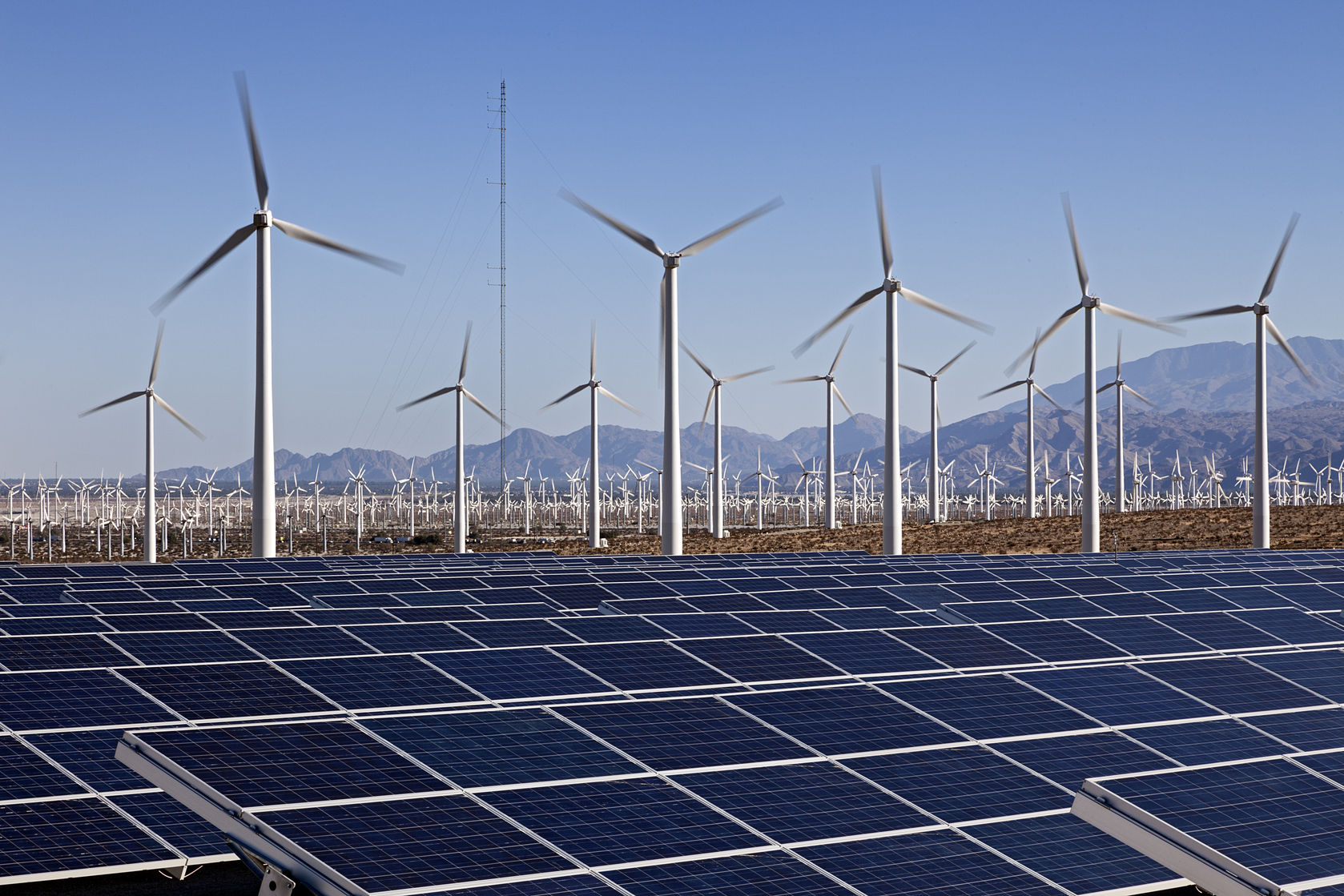 For those that still find issue with the climate science, there are so many more reasons to transition away from our dependence on fossil fuels and unsustainable practices to a cleaner environment, better health, and cheaper energy. The science is solid. Mankind has a role in the climate change we see today. It doesn’t matter how much we are contributing and what is natural. Lives are being cut short because of poor air pollution and smogs that are common in cities all over the world. Subsidising energy production from fossil fuels is becoming increasingly expensive for governments and for taxpayers. The future is there in all it’s clean and inexpensive glory, its time for everyone to embrace it.