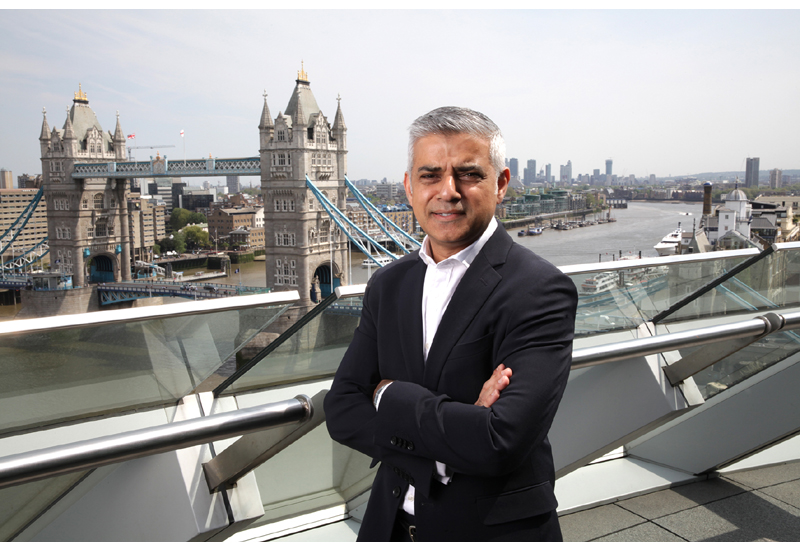 Sadiq Khan has announced plans to tackle London’s plastic problem. Over the course of 3 years, the London mayor plans to install a number of water fountains around the city that make it easy for people to refill water bottles.

The idea behind this scheme is to reduce the amount of plastic used in the UK capital. By giving people opportunities to refill water bottles, they are less inclined to go out and by a new bottle of water. A number of trial sites are being considered and will be available to use for free in the summer with Underground stations and shopping centres being favourited.

Khan has outlined a number of environmental goals for the UK capital to achieve by 2026, one being better access to tap water for water bottle refills. Other initiatives include reducing packaging waste and making sure that no recyclable or biodegradable waste ends up in landfill. All encouraging targets that put Theresa May’s announcement on plastics to shame.

part of the reason plastics have become so widely consumed is that they’re so cheap and easily accessible for people. Taking water bottles, for example, it’s easy to go into a shop and buy a water bottle for less than a pound. But is that the easiest way to get water to drink?

It is. But only because it’s accessible. Khan’s initiative will make refilling water bottles much easier and much more accessible. It’ll also be cheaper with people only having to pay a few pound for a refillable water bottle instead of £1 every time.

Khan’s initiative will make refilling water bottles much easier and much more accessible. It’ll also be cheaper with people only having to pay a few pound for a refillable water bottle instead of £1 every time. It’ll change what is easier for people to do, and hopefully, lead to a change in behaviour.

One thought on “London is Ditching Plastic!”