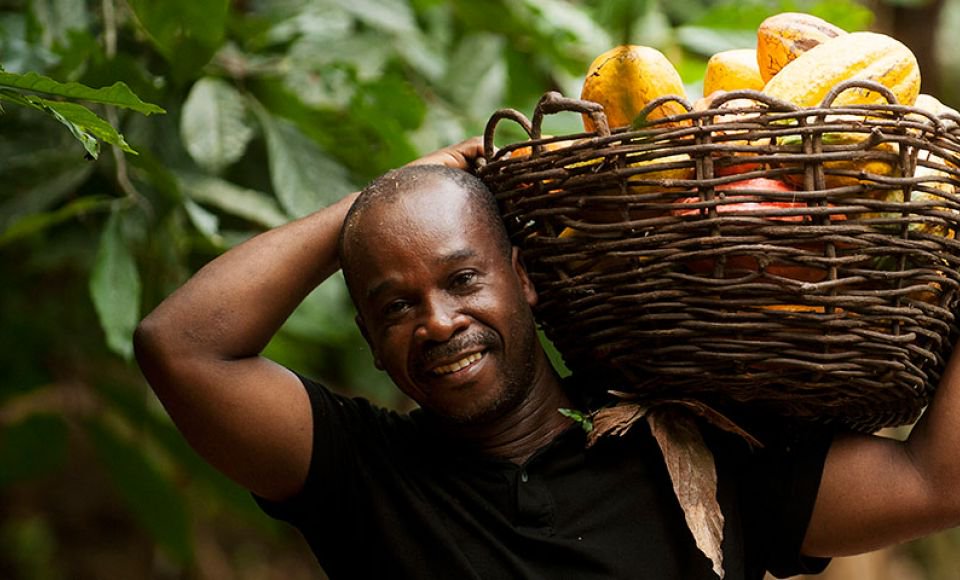 Enterprise Coopérative Kimbre (ECOOKIM) is a group of seven cooperatives that joined together in 2004 to improve growing conditions and quality of cocoa that would be sent around the world. It took a while to get cooperatives going and successful in Ivory Coast but ECOOKIM is just one of many success stories.

Things haven’t been easy for this group of cooperatives though. These cooperatives are located in regions that typically have high levels of immigration from neighbouring countries, high unemployment, poor healthcare and countless environmental problems including deforestation, soil degradation and water pollution. Also, a civil war that affected the country in 2011 disrupted cocoa exports out of the Ivory Coast and caused cocoa prices to record levels.

The Ivory Coast’s climate and rich soils are perfect for growing cocoa. It’s a humid, tropical climate that sees between 1200-1800mm of rain fairly spread throughout the year and the average temperature is around 26°C. Members of ECOOKIM can produce around 7,000 tonnes of cocoa annually. However, disruptions like the civil war can reduce this by more than half.

Within each cooperative there are farming families working together. Each farming family consists of about 10 working members on the farm with 4-5 in other varying employment. Selling Cocoa through ECOOKIM provides around 70% of the household income for those living in these regions of the Ivory Coast. Living conditions are generally pretty poor with healthcare access more than 10-15km away. For children going to school it is even further, with those lucky enough to visit secondary school having to travel 40-70km each day.

Growing cocoa and other traditional crops are under pressure from deforestation and the cultivation of rubber and palm oil crops that have decimated forests across the developing world.

There are a number of benefits for ECOOKIM to sell their product through the Fairtrae system, including: 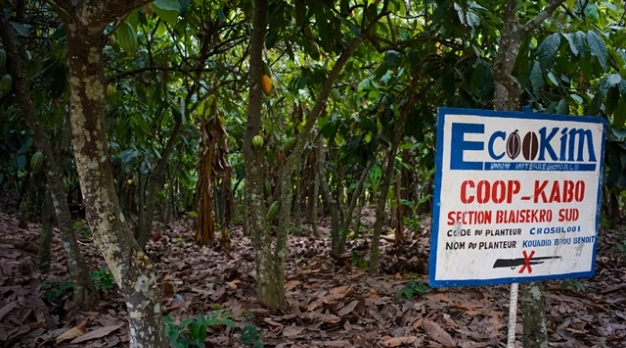 Fairtrade is also having a huge and much more specific projects that have driven development. Here are some of the most recent: