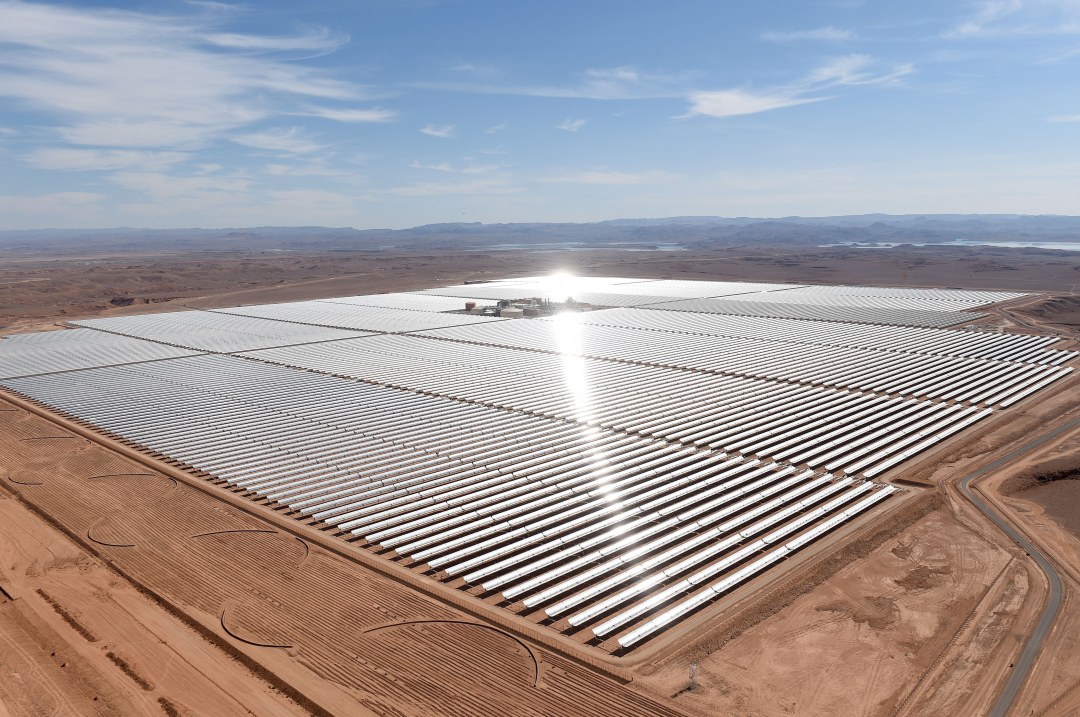 Moroccan​ Solar in the Sahara

Ouarzazate, Morocco. Chances are you’ve never heard of that place but you may well have seen it. It’s been the set of episodes of Game of Thrones and Prison Break, as well as films like Gladiator, Inception and American Sniper and is now the home of one of the largest solar power plants in the world.

The Noor solar power plant is set to cost €2.2 billion but investment from the European Investment Bank (EIB) has provided funding to help the 580MW project that will help power the homes of 2 million people. Morocco is planning further expansion into its desert regions and increase solar capacity to more than 2GW at an estimated cost of $9 billion.

The Sahara desert has huge solar potential. The world’s largest sandy desert spans across  11 countries in the North of Africa. Days are long all year round and some areas receive more than 4,000 hours of sunshine every year. That’s huge potential for solar power generation!

The problem with many other countries is political and financial stability. The Arab Spring, that has been seen over the last decade and continues today, led to political and civil unrest in a number of countries across North Africa, Sudan has split into two different countries; Sudan and South Sudan, and poverty is still rife in many of the countries covered by the Sahara desert.

Morocco has avoided a lot of these issues and has been relatively stable politically in recent years. This stability has made it much easier to encourage investment and what led the EIB to invest in Noor.

Morocco also has lofty goals for energy production from renewable sources. In 2016, renewable energy sources accounted for 28% of the national energy usage but there are plans to increase that to 52% by 2030 with the eventual goal of supplying renewable energy to Europe.

What sounds like outlandish science-fiction could very well become reality. The idea of Desertec is that the Sahara Desert and the Middle East can power Europe and even the rest of the world. It’s an idea that dates back a century ago and is only now coming into fruition. The huge amount of solar energy that could be produced in an area that covers half of a continent certainly has the potential to provide clean energy for the masses and Europe would be in an ideal position to import it from North Africa.

What makes it possible now is the investment and backing from a number of huge European energy leaders and banks that recognise solar as an important player in the global energy mix. Nations recognise the dangers of fossil fuels and energy sources like nuclear and now favour a renewable energy future.

Could this also change the economic situations in some of the poorest nations in the world?

The instability across the region makes a difficult to encourage investment in an area that is ideal for solar power generation. There are a number of small-scale projects that aim to give small rural communities the opportunity to generate power off grid through the use of solar panels throughout Africa, but something close to the scale of the Noor power plant has not been seen on the African continent.

Countries around the world are beginning to optimise their geography for energy production. China is investing in solar in the Gobi Desert and Saudi Arabia is phasing out fossil fuels to be replaced by solar, both countries that have always been and still are heavily reliant on fossil fuels. The idea that the Sahara region can help power whole continents is becoming a very real and possible concept that Europe is looking at developing, so watch this space!