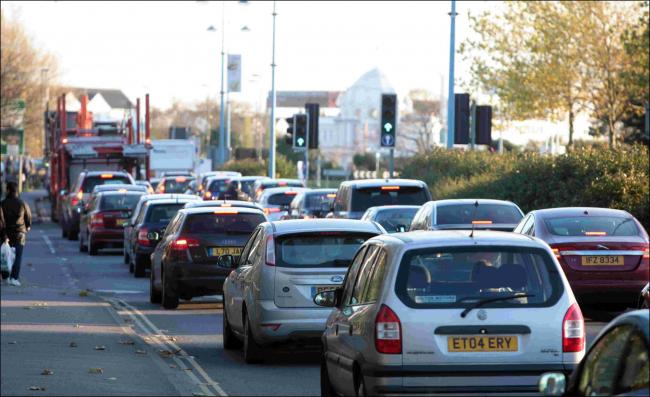 Air pollution in the UK is a problem. A big problem.

So much so that the UK Government have been taken to the European Union Court of Justice a number of times in the last decade over deadly levels of nitrogen oxide and particulate matter. Recent reports published in the British Medical Journal state that the high levels of air pollution recorded in many UK cities are leading to around 40,000 early deaths each year. Respiratory diseases are also on the rise, with experts arguing that it should now be considered a major public health problem.

In an attempt to address the issue, the Department for Environment, Food and Rural Affairs (DEFRA) released a report in 2015 looking at the high levels of nitrogen oxides and particulate matter within the UK’s cities and how they would address the problem. The results have that report have led to 5 UK cities trialling clean air zones within city centres: Birmingham, Nottingham, Leeds, Derby and finally, my hometown of Southampton.

This move to finally tackle the problem of air pollution in the UK is long overdue. The Tory Government that has been in power since 2010 and has been taken to the European Union Court of Justice on a number of occasions because very little was being done to tackle air pollution. At first, even when they did make initial plans to tackle the issue, they were taken back to court as the plans were very weak and useless in reducing air pollution. Now, it sounds like they’re getting serious.

It is estimated that in 2010, 6.2% of early deaths of residents in Southampton were linked to long-term exposure to particulate matter originating from the traffic on the roads, industry in the city, or from the port.

A few weeks ago on the 21st of June, Southampton hosted a Clean Air Day festival designed to raise awareness of the benefits of clean air in the urban environment and ways that each of us can reduce the air pollution we contribute to. This was done coinciding with a consultation period for the development of a clean air zone in the city that is running from the 21st June to the 13th September.

On Monday night (16/07), the first of two open public consultations events were held in Southampton Civic Centre to give locals more information on the proposed clean air zone in Southampton and what other initiatives are being implemented to tackle the issue of air pollution.

In the case of Southampton, the preferred option to Southampton City Council is to introduce a city wide clean air zone after research has found that safe levels of Nitrogen Oxides are being exceeded in areas inside and bordering the city centre. It will also include areas of Totton and the Western Approach to Southampton that are governed by the New Forest District Council.

Under a Class B scheme, heavy goods vehicles (HGVs), buses, coaches and private hire vehicles are all targeted to improve emissions standards. Initially, the clean air zone will be voluntary, meaning that businesses and vehicle owners will initially be encouraged to upgrade vehicles before the compulsory clean air zone comes in before the end of 2019. At that point, vehicles in the list above could faces fines. In order to make it fair, however, there are financial aid and economic incentives to help businesses and vehicle owners help upgrade vehicles that have much lower emissions.

Whilst there were limited numbers at the first consultation, it was interesting to see a broad demographic of people getting involved with the development and implementation.  A key point raised was the lack of focus on other emissions and particulates that originate from cars. Unfortunately, given the funding available to Southampton City Council and the mandate they have from the Government, there is very little focus on private cars which is by far the biggest contributor to nitrogen oxide emissions.

Birmingham, one of the other five cities chosen to trial clean air zones has included private cars within their plans for a clean air zone. However, the levels of nitrogen oxides measured in the city are much higher in relation to Southampton. Also, even such a stringently implemented zone may not be enough for the city to reduce levels of nitrogen oxides to safe levels by 2020- a time scale set by the Government.

The clean air zone that will be implemented in Southampton isn’t perfect. Private cars are not being specifically targeted in a campaign to reduce air pollution and the only emission targeted is nitrous oxides- although other dangerous emissions will reduce as a result of this. If you’d like to have your say on the scope of the Clean Air Zone that will be implemented then click here and fill out the questionnaire. For those interested, the second consultation is running on Tuesday 24th July between 12-1pm. The Clean Air Zone will affect those living within Southampton City Council and the New Forest District Council and want to hear from as many people as possible, so get involved!