Natural Gas Exploration should Frack Off

Fracking for natural gas in the UK has been on the minds of the Conservative Government for a number of years now. According to the UK Department for Business, Energy and Industrial Strategy, the government believes that ‘shale gas has the potential to provide the UK with greater energy security, growth and jobs’. They definitely missed out the part where it will increase UK greenhouse gas emissions…

Rather than invest and subsidise the growing renewables industry, the UK Government seems intent on keeping the fossil fuel industry alive instead of going with the ever-cheaper energy of the future. Without subsidies, renewable energy is much cheaper than fossil fuels, however, the vast majority of countries that still rely on fossil fuels offer huge subsidies to keep fossil fuels as an attractive form of energy generation. 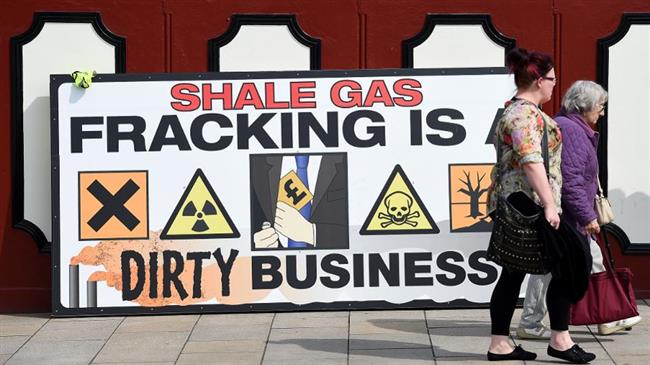 Fracking in the UK

Data published in 2015 found that just over a third of the energy in the UK came from natural gas, another third from oil, 13% from coal, 7% from nuclear and 10% from renewable sources including biomass. That means that more than 80% of the UK’s energy supply comes from fossil fuels – and that’s far too high.

Scotland, Wales and Northern Ireland have all banned the unconventional method of gas extraction. In Scotland, there was a huge public response against plans to frack areas that had previously been mined for coal. After a public consultation, 65,000 responses were received with 99% of them opposing plans for fracking in Scotland, according to a Guardian report. The government also recognised that there is very little economic justification for fracking compared to cleaner, renewable sources of energy.

The extraction of natural gas by fracking involves the underground drilling of land into ‘shale’ rock formations where gas can be extracted. A main, vertical well is built and goes deep into the ground where a number of horizontal extensions to the vertical well feed out into the pockets of natural gas. A mixture of water, sand and chemicals are injected at high pressure into the rock in order to break it down and release the gas.

Fracking has been linked to causing manmade earthquakes. It’s not necessarily the injection of the water mixture at high pressure that causes earthquakes, but fracking disposal wells that are built to store wastewater from the fracking process. Pumping water into faults can lead to them slipping and creating earthquakes that can be felt but have not caused any serious damage, yet…

The Environmental Impact of Fracking

The use of natural gas produces fewer carbon emissions than other fossil fuels (almost half that of coal), but it is still a dirty fuel that will cause temperatures around the world to rise and the impacts of climate change become more intense. Reports suggest that the UK is already very unlikely to achieve the goals set in Paris – fracking will not get us any closer!

Not only will fracking for gas contribute further to carbon emissions in the UK, the Conservative Government have also passed plans to allow fracking to take place below the UK’s national parks. Whilst the surface drilling would have to take place outside of the national parks, fracking companies will still be able to drill horizontally under national parks. As well as that, the protection of Sites of Special Scientific Interest (SSSIs) is not mentioned in recent legislation, suggesting that fracking projects will get the green light should they be located within an SSSI.

Fracking for natural gas underground also has the potential to contaminate groundwater sources. The mixture of water, sand and chemicals used in the fracking process has the ability to permeate through the rock into groundwater sources, contaminating sources of drinking water. Studies are done beforehand to best ensure that this doesn’t happen, yet cracks and fractures formed by the process can lead to groundwater contamination.

In order to reach the goals of the Paris Climate Agreement from 2015 and keep warming below the 2⁰C ceiling, the UK must look beyond fracking and start looking towards cleaner forms of renewable energy. We should no longer be looking at meeting the future energy demand with the technology of the past in fossil fuels, but in the technology of the future with renewables.

Renewable energy sources are already proving their value against fossil fuels. A recent report by the International Renewable Energy Agency (IRENA) looking into the cost of energy sources found that solar and onshore wind is cheaper per kilowatt-hour (kWh) of energy compared to fossil fuels ($0.06 per kWh for onshore wind against an average of $0.05 to $0.17 per kWh for fossil fuels). The argument that renewable energy is more expensive is crumbling but still held together with government subsidies keeping fossil fuels competitive.

There are examples all over Europe of renewable sources being sufficiently capable of providing enough energy to take over from fossil fuels. In Denmark, there has been enough energy produced from wind across a number of days in recent years to meet the electricity needs of the entire population. They still have many more plans to increase wind energy generation as they aim for 100% of their energy to come from renewables. Portugal is using a broad range of renewable energy resources to supply its energy demand. In March 2018, renewable energy sources produced enough energy to meet the demand across the national energy grid.

The UK has the climatic ability for renewable energy resources to become a viable option to meet future energy demand, it just doesn’t have the political will to do so. Current and recent governments have identified fracking as the future of energy in the UK, despite the issue of climate change and the advancement of renewable energy technology. With subsidies keeping fossil fuels competitive against the falling cost of renewables, the British taxpayer is contributing huge amounts of money that go directly to fossil fuel interests. It’s time the government looks beyond fracking and fossil fuels!

6 thoughts on “Natural Gas Exploration should Frack Off”