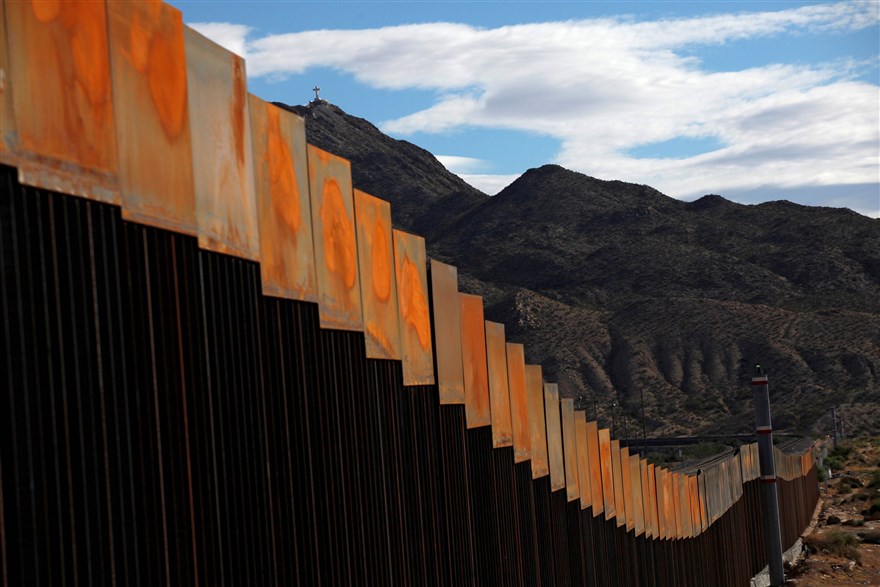 I call it Donald Trump’s wall because that’s exactly what it is. The US President sells it as a wall that the American people need for security and protection from illegal immigration, but he uses false figures and continually stirs up hatred to gain supporters from his Conservative base. In an address to the nation from the Oval Office, he doubled down on his rhetoric of fear against immigrants and the need for a wall and has even tweeted unverified accounts of prayer rugs found near the border.

The current Government Shutdown is now the longest in history lasting 31 days and still ongoing with Trump refusing to negotiate or back down on funding for the wall. Democrats have offered a number of deals to reopen the government, many of which have passed through the House, but are refusing to be heard and voted on in the Senate by the majority leader, Mitch McConnell, because they do not include border wall funding. Both parties refuse to budge, leaving 800,000 government workers continuing to work without pay. And whilst Trump continues to blame Democrats for the Government Shutdown, people should be reminded that in an interview on Fox News during the Obama Presidency, Trump said that the blame of a Government Shutdown was solely on the President…

But there’s one impact the wall would have that Trump hasn’t considered, and it’s a pretty big one for why there isn’t a wall across the entire US-Mexico border. Its economic value may seem minimal compared to the cost of building the wall and the cost of immigration from the US southern border, especially to people like Trump, but the construction of a complete wall across the US-Mexico border would have devastating impacts on the environment and many animals that live along the border regions.

Along the 3,145-kilometre border of the USA and Mexico, the current walls cover more than 1,100 kilometres with the Rio Grande river the majority covering the rest. The Secure Fence Act of 2006, passed during the Bush Presidency led to the construction of most of what exists today. The map below from the BBC shows what areas of the border currently have a border wall or fence. 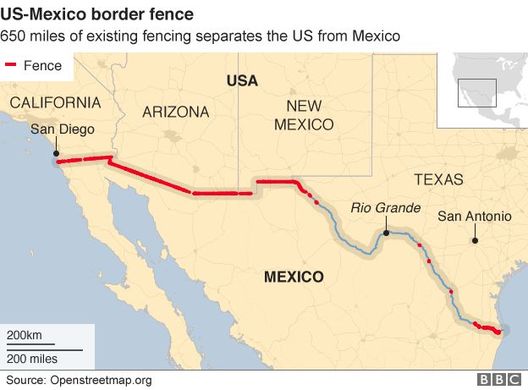 The wall that already has been constructed along the USA-Mexico border is an environmental disaster. Ecosystems have been divided, areas of wilderness have had roads built straight through them and have even led to more dangerous flooding event. The Sonoran Desert is just one example of where the border wall has divided ecologically important areas and made the natural migration of animals difficult, if not impossible. The Sonoran pronghorn, an antelope subspecies endemic only to the Sonoran Desert, is now critically endangered due to the wall that splits the desert in two.

The longest stretches of the US-Mexico border that aren’t walled are naturally protected by the Rio Grande River. Almost the entire Texas border with Mexico is made up by the Rio Grande river and incredibly difficult and dangerous to cross. Trump’s plans to build a wall in some of these areas would result in even more devastating environmental impacts. Placing the wall so close to a major river system like the Rio Grande has the potential to contribute to major flooding events. Walls would only add to the damage done by heavy rainfall and flooding events in both natural and manmade environments.

The Lower Rio Grande Valley, where Trump is proposing wall construction, is one of the most ecologically diverse and important areas along the entire border. The area is home to endangered ocelots and jaguarundis, plants and insects, and over 400 species of bird; a wall in this region would have very damaging impacts to all, in a similar way as it has with the Sonoran Pronghorn. All those plant and animal species can be found within a federal wildlife refuge and a state park, both of which would be divided, and would also split the National Butterfly Centre.

Walls aren’t useless in reducing illegal immigration, drug smuggling or other transnational crimes, but they’re very old technology. They may help keep people out of a country but in the case of the US-Mexico border, they would do more harm than good. If Trump gets the funding he’s demanding then it should be expected that the environmental impacts will be ignored completely given his record and stance during his presidency so far.

I’m not saying that border security in America shouldn’t be funded in America. Neither are the Democrats. However, wasting over $5 billion on adding to the current border wall and the damaging impacts it will have to the hundreds, if not thousands, of plant and animal species all decimated by its construction through environmentally sensitive areas, would be a huge mistake. Species that are already critically endangered would be pushed even further to extinction, adding to the very long list of species that humans have pushed to extinction.

2 thoughts on “The Environmental Cost of Donald Trump’s Wall”