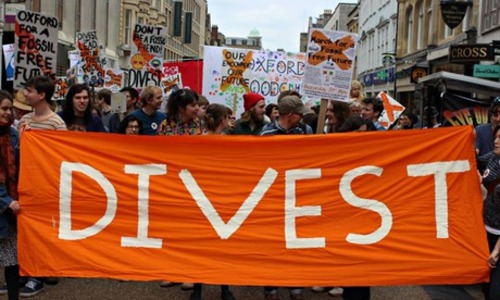 Does the Fossil Fuel Industry have too much Influence?

I seem to be starting so many of my recent blogs the same way at the moment, but when there is so little being done to tackle climate change, even with a 12-year deadline from scientists, it’s hard not to find yourself continually repeating the dangers if we don’t act. Climate change is fast becoming one of the biggest crises in the world and we are a long way from doing what needs to be done.

There is a lot of interest in acting on climate change at the grassroots level. People are actively making changes to the way they live, there is dwindling support for fracking to become a recognisable way of producing oil and gas in the UK, and the school strikes that have seen hundreds of thousands of children walk out of school are only gaining momentum and support.

But why are we seeing little action in the political sphere? Yes, Brexit is taking up a huge amount of MP time, but the need to act on climate change is becoming increasingly urgent and the government is still pushing forward with fracking and, most recently, new coal mines. Does the fossil fuel industry have political influence? And if it does, just how much does it have?

The UK political system differs significantly in comparison to the USA. Businesses and corporations cannot pay MPs directly, but there are other ways in which they can influence politicians and the legislation they do or don’t pass.

The oil and gas industry already has a huge hold on the UK Government. A 2017 report into the influence that the fossil fuel industry has in the UK Government found that the industry is actually negatively contributing to the UK through tax. Since 2015, the UK oil and gas industry has received tax cuts of around £2.3 billion – exceeding what it contributes. It has also managed to pressure the current UK Chancellor, Philip Hammond, into helping them with the decommissioning of oil and gas infrastructure in the North Sea using taxpayer money, which has already been costed at around £53 billion.

The UK fossil fuel industry still has huge access to politicians and government departments. Between January 2013 and September 2016, the oil and gas industry had 110 meetings with Treasury officials, access that very few industries had. Even a number of former civil servants are now lobbying government on behalf of oil and gas companies using connections developed over time serving.

No wonder fossil fuels still have such a stranglehold on UK politics.

What can we do to Reduce Fossil Fuel Influence?

So how can the influence of the fossil fuel industry be reduced?

One important way this can be done is reducing the amount of public money invested in fossil fuel projects that are becoming increasingly risky as oil and gas companies have to look to for resources in more difficult places. Before the end of 2018, there have been over 1,000 portfolio and endowment divestments away from fossil fuel companies, worth around $8 trillion.

Without investment into fossil fuels, many projects never get off the ground because fossil fuel companies are unable to raise capital. Back in 2016, the world’s biggest coal company, Peabody, declared bankruptcy – divestment from fossil fuels was cited as one of the key reasons as to why. It’s only a matter of time before similar pressure to the oil and gas industry produces similar results.

In fact, a recent campaign by Momentum is targeting Barclays to divest from fossil fuels after it was announced that over the last three years the banking giant has invested $85 billion to the fossil fuel industry.

You yourself may not have shares in the fossil fuel industry, but there’s a good chance that the company you work for or the bank you deposit your money in (for example) does. The information is out there so if you want to challenge them and make a difference, take that information and look do work or do your business elsewhere to a company or business that has committed to not investing on oil and gas projects. You may just be one person but there is likely to be many more considering similar action and together we can change the way companies and public bodies invest money.

A key reason as to why fossil fuel companies seem to still have so much influence on public policy is that we are unaware of just how often they’re lobbying politicians and the amount of money they’re donating to political parties. Forcing the government to be more transparent with who they meet with and where party money comes from is vital if the grip the oil and gas industry has on UK politics.

This also applies to money that MPs and political parties receive from the fossil fuel industry and money they also invest with the fossil fuel industry. Those that have money invested in oil and gas projects have their own motives for voting in a particular direction, even if it could be the complete opposite of what their constituents want.

Back in 2016, Caroline Lucas MP started a campaign demanding greater transparency on how fossil fuel lobbyists were meeting with MPs and government departments but action on that still hasn’t been taken. There is a lot of data out there showing who met with who and where or through what department but the information takes time and a good understanding to piece together. It’s designed to be confusing to the average person so the oil and gas industry can still retain its influence.

What we must do is call on the government to demand greater transparency on who gets to meet the government and lobby politicians. This should happen regardless of the industry because we all have a right to know who the people we vote for to speak for us are meeting with to ensure they are still acting in the best interests of us as constituents and residents in the UK.

Divesting from fossil fuel companies and demanding greater transparency in their dealings with local and national governments won’t solve the climate crisis. Much greater action beyond the fossil fulel industry must be taken for that.

However, reducing the influence that fossils fuels have on our government is a big step in reducing UK emissions in this country and around the world. The oil and gas industry can begin paying their fair share of taxes and contributing more to the UK economy that benefits them so greatly. Reducing their influence also leads to the opportunities of cleaner, modern technologies playing a greater role in the energy we produce. Wind and solar are on the rise in the UK and they no longer cost more than oil and gas to produce, and they receive fewer subsidies, tax breaks and much a smaller amount of taxpayer money.

It’s only the influence and government money that keeps fossil fuels cost-effective. Together, we can change that and make the urgent transition to the cleaner, renewable energy technology that we need.

One thought on “Does the Fossil Fuel Industry have too much Influence?”