There doesn’t seem to be anything particularly great coming from the USA at the moment – especially when it comes to environmental protection. Trump and the GOP have rolled back regulation after regulation designed to protect the environment giving free rein for some of the most pollutant industries in America to do whatever they want with little consequence.

However, 50 years ago to this day, after a number of oil spills, water pollution and air that was becoming increasingly harmful, 20 million Americans went out and demanded we took better care of the environment. This movement led to the creation of many hugely important acts that underpin what environmental regulation still exists in the USA. The Clean Air, Clean Water and Endangered Species Act all emerged from those protests and have been the base of environmental acts and regulations all over the world.

Fast forward five decades and millions of people all over the world went to the streets to protest the lack of action on the climate emergency. Started by Greta Thunberg standing alone outside the Swedish Parliament, the school climate strikes saw millions of schoolchildren put their pens down and head to the streets demanding that more be done to protect the future from the climate emergency.

The climate emergency is going to be one of the most important issues in our time and it will affect all of us. Unfortunately, many national governments all over the world are refusing to act or not acting anywhere near quick enough, pushing us further and further towards 3-4℃ of warming before the end of this century. There are many governments and businesses all over the world who are beginning to do their part in reducing their impact and helping us to reduce ours. However, the level of heel-dragging by others in positions of power are slowing progress down and will only make things worse.

With that, it seems very apt that the theme of the 50th Anniversary of Earth Day is Climate Action. So what can we do to demand action and make the vital changes required to secure a safer future?

What Can we Do?

It may often feel like there isn’t much we can do. We’re just one of 8 billion people currently on this planet. However, as the climate protests of recent years have shown, together we are so much more. Okay, we can’t go out on the street right now and protest as we have in the past, but in this internet age we can share how we feel and ensure spread information that can help produce change in our lives, other peoples lives, and even push for political change too. Sharing articles or news reports (that are factually correct of course) with family and friends or across social media can all help shape peoples thoughts. Education is vital.

We can also make physical changes in our own lives. Again, it might feel like nothing, but if we all play our part then we can all make make a very important difference to this planet. Reducing our plastic consumption, how often we drive cars, how we use energy and water are all important things to think about and all things we can do as individuals.  You may even inspire others to make a change!

Petitions and campaigns can also be very important. Getting thousands of signatures and having a huge number of people agree with you on a certain issue can show just how important that is to the public. In the UK, every petition that receives 10,000 signatures receives a government response. Get that petition to 100,000 signatures and it can be considered for a debate in Parliament. 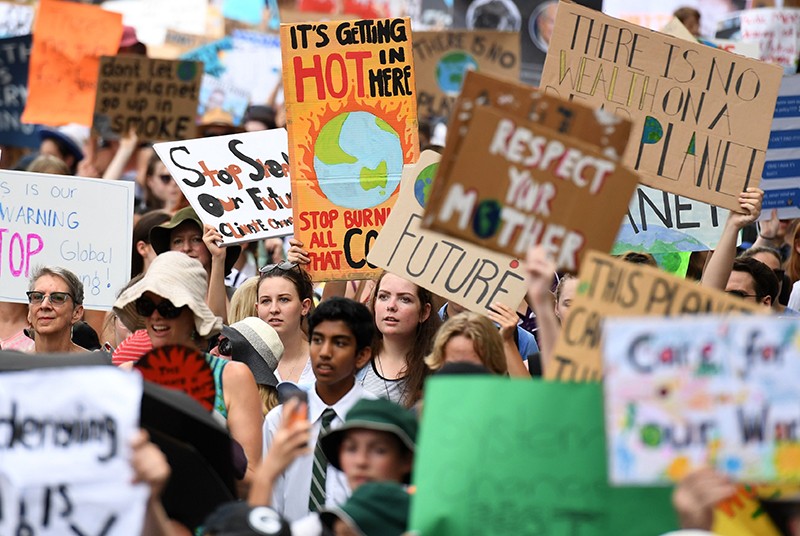 Finally, and perhaps the easiest way we can all demand change is by voting. Whilst we in the UK may be stuck with a Conservative Government for the next four and a half years, who, admittedly, are very slowly (still far too slowly) considering the environment and the climate emergency more when writing new legislation, other countries in the developed, and developing, world have the opportunity to vote in politicians who base their platform on strengthening environmental regulation and creating a more sustainable country and world.

The USA election that is coming up this November is perhaps the most important for the environment and the climate emergency in recent history. Those of us that care for the environment and recognise the importance of tackling the climate emergency have just about made it through a Trump Presidency. There have been major rollbacks of regulations that have allowed polluters to get

Australia is another country that has a Conservative Government in power with a climate denialist (that famously brought in a lump of coal to parliament and told politicians on the left not to be afraid of it) at the helm. Federal elections are still a couple of years out down under, but with recent forest fires, droughts and even flooding affecting huge areas of the country, voters will soon have the opportunity to express their views on the climate emergency and demand action from their government.

Given the dangers of inaction when it comes to climate change, we must be making much greater progress in tackling many of the environmental challenges we face today and those that we will face in the future. A wave of Conservatism in a number of countries in Europe and North America has slowed that progress and makes it increasingly less likely that we will limit global temperature rise to the 1.5℃ or even 2℃ of warming that will help us avoid the most devastating impacts of climate change.

But don’t lose hope. Get involved. Make your voice heard. Join the hundreds of thousands who make their voices heard online or, as soon as this is all over, on the streets and demand that your city, country and others around the world take action now.