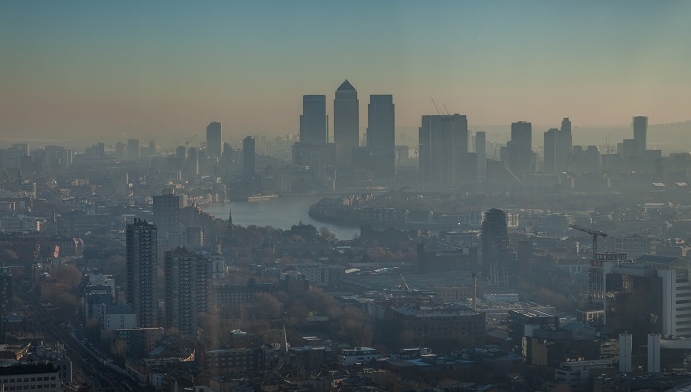 What If We Responded to Air Pollution Like The Coronavirus?

The impact of the Coronavirus has been felt across every single country in the world. As of June 25th, there have been over 9 million cases of the virus – almost half a million of those that caught it have died – with the number of those having the virus still going up. We seem to be getting closer and closer to the peak of the pandemic, but there are countries that are still seeing a rise in cases and some countries seeing another spike or outbreak.

The UK has had just over 300,000 confirmed cases of the Coronavirus and a confirmed 43,230 deaths (although both numbers could be much higher). The government response has been condemned for not being quick enough or not showing enough leadership through a crisis that has seen the UK be one of the worst affected in the world. Even as lockdown restrictions are eased there are fears that there could be further outbreaks.

One side effect of the lockdown, here in the UK and around the world, is the improvement in air quality. Measurements taken from streets in major cities and urban areas have recorded drops in air pollution by as much as half or two-thirds and potentially even reduced the number of deaths from air pollution by around 3,500.

Air pollution as an issue

Around the world, it is thought that there could be as many as nine million deaths linked to poor air quality. It’s a much bigger problem for countries like China, India and Bangladesh that are heavily reliant on manufacturing industries and fossil fuels, as well as being much more densely populated, but it’s still a major problem for developed countries that have high levels of car use and still rely on fuels like coal for electricity.

Here in the UK, poor air quality is a major problem that is often ignored or forgotten. We may be moving away from consuming coal for electricity (about time) but we are still heavily reliant on using personal vehicles to get around. 21% of the total carbon emissions in the UK come from transport – with much of that coming from personal vehicles.

Poor air quality contributes to diseases like asthma, lung disease, strokes and heart disease and are the cause of 64,000 premature deaths each year and the cost of the treatment of those diseases totals an estimated £40billion per year. With that many deaths and the cost to the NHS, poor air quality in the UK should be a national emergency, yet it isn’t taken seriously. There’s also tentative evidence that air pollution is having an impact on the severity of Coronavirus which, as a virus that attacks the respiratory system, is highly likely.

How is the UK tackling air pollution?

The UK has been very slow in responding to this crisis in the past. In fact, the UK government have lost three court cases (the most recent in 2018) due to the inadequacy of their response – levels of particulates and nitrous oxides were deemed to still be well above legal limits, eight years after they were first found to be illegal.

In recent years, the UK has, however, made some important steps in trying to address this crisis. London’s low and ultra low emissions zones are one example. By introducing a fee to drive vehicles, especially the most pollutant, many are discouraged from driving their personal vehicles and instead look for alternative modes of transport.

Clean air zones in cities will do something similar. Charges will be applied to the most polluting vehicles that travel within cities and encourage us to use cleaner vehicles or public transport. Originally, five cities were called upon by the government to implement a clean air zone; Birmingham, Leeds, Nottingham, Derby and my home town of Southampton. Other cities like Bath, Manchester, Sheffield, Oxford and Glasgow have also considered similar plans to help address air pollution without the government mandate.

Whilst it is a big step in creating and developing plans to address air pollution, almost all proposed clean air zones have been delayed due to the Coronavirus along with those that were consulting the public on how they would work. For the five cities that were called upon by the government, the clean air zones had been due to be implemented this year. With the Coronavirus, however, they have been pushed back to 2021 with others pushed further back to 2022.

The point of this article was never to argue that we need a Coronavirus-style lockdown to address air pollution here in the UK, but to point out just how little is being done to tackle air pollution given the impact it is having on our health and the economy. It’s a major issue that should be receiving a lot more attention than it has given the scale of the problem.

Whilst the focus has been taken away from almost every issue in our cities, environmental or otherwise, in the wake of the COVID-19 pandemic, delaying the implementation of clean air zones until some sort of normality returns could be a major mistake. The ‘pause’ in daily life that we have seen during this pandemic provided the ideal opportunity to build a new normal for the majority of us to return to.

The lack of action on environmental issues in the UK before the pandemic showed just how difficult pushing change can be, especially with government that seems reluctant to take any sort of meaningful action. The clear air zones that will reduce air pollution in our cities may have only been delayed a matter of months, but they are months that will affect the health of tens of thousands of people and cost the NHS an increasing amount of money at a time when it can struggle to afford it.

As we begin to return to ‘business as usual’ we do so no better than we were before. Air pollution will remain a problem and many will remain reluctant for the change that is much needed. We had the ideal opportunity to seriously reduce air pollution in cities and create a new normal for the economy to open up to but were not bold enough to take it.

Parts of New South Wales and Queensland, Australia, have been almost completely destroyed by torrential rain and flooding in recent weeks, with the country declaring a national emergency on its east coast. The link in the caption shows just how devastating the floods have been!
Whilst many of us are doing what we can to lower our carbon footprint, Lufthansa are operating 18,000 empty flights just to secure landing rights at airports all over Europe! Surely more should be done to avoid this?
In a rather ironic turn of events, the world's largest coal port is looking towards renewable energy for its future energy needs! The Australian company running the port still plans to mine and ship coal though...
A wildfire that we seem to have normalised during the hottest and driest of summers were seen in Colorado, USA over the New Year Period. Luckily nobody was killed but nearly 1,000 homes were destroyed in the blaze
Christmas and the New Year period had some unseasonably high temperatures and wild weather with temperature records broken here in the UK and countries around the world, and forest fires tearing through Colorado, USA. Are these all signs of the climate crisis?
Based on predicted rates of global heating, new models suggest that the Arctic could see more rain than snow through the year even earlier than once predicted!
%d bloggers like this: