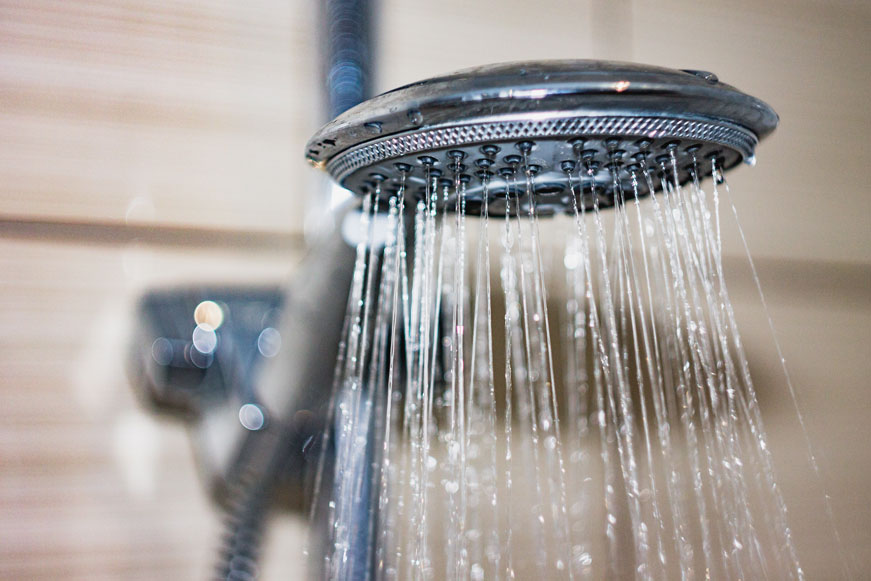 The UK is Under Water Stress!

Around 71% of the planet we live on is water. Almost all of that (96.5%) is found in oceans around the world with the rest found in lakes, rivers and other water bodies. There’s also a lot in our atmosphere as water vapour and plenty in locked away in ice caps, glaciers and in groundwater lakes. The 3.5% that isn’t found in our oceans is all freshwater that everyone on the planet relies on for drinking water and agriculture – without it we wouldn’t be where we were and some of the greatest civilisations wouldn’t have existed.

As the planet warms up and weather patterns change due to the climate emergency, the amount of rainfall we see around the world is likely to reduce, although the intensity of rainfall events will increase. Storms will become more intense and likely lead to more flooding events, yet places will become drier. That will dramatically reduce the amount of freshwater available and will put greater pressure on sustaining the environmental quality of lakes and rivers as well as the industries that rely on water resources.

Here in the UK, we’ll be following the global trend of reducing annual rainfall. Scotland and Northern England will have a similar rainfall to what the south has now, whilst South East England will have a more Mediterranean climate with even less rainfall. Summers will be hotter and drier whilst winters will see a reduction in average rainfall but more intense rainfall events. Droughts are also expected to increase in frequency and intensity. As nice as Mediterranean summers sound, it isn’t something to celebrate

It may not seem like it but the UK is becoming increasingly water-stressed; we’re running out of freshwater and we have been for years. Not only are we consuming a lot but we’re also losing a huge amount of water to leakages. Water that we consume in each household in the UK varies between each devolved country. In England and Wales, we use 143 litres of water per person per day. In Northern Ireland its 145 litres and in Scotland uses 150 litres. Compared to developed countries the UK is far from the worst – the USA has that honour – but we still use an excessive amount of water. Whilst leakages are a problem for private water companies to solve, there is still plenty we can do to reduce what is wasted in and around our home.

Cutting Back Our Consumption

There are a lot of easy things we can all do to reduce the amount of water we consume – just small actions can accumulate to make big overall reductions. In the bathroom, choosing to have a shower instead of a bath can make a big difference on water consumption (depending on what type of shower). Doing things like turning the tap off when brushing your teeth or washing your face can also have an impact too. New toilets are also allowing us to be able to flush with just a fraction of the water of older toilets. This also allows us to save a bit more water where it’s not needed to be used!

In the kitchen, filling a bowl of water to do the washing up and washing up a large number of items in can reduce the amount of water compared to doing the same with just a few items or washing things under running water. The same goes for dishwashers and washing machines; ensuring the appliance is full before starting a wash means that you’re at least washing as much has possible with the high water usage of the appliance. You can also reduce water consumption by only boiling as much water as required in the kettle and only using what you need to when boiling foods. Buying water and energy efficient appliances can also make a big impact on the amount of water consumed in the home.

As the climate warms and our summers are likely to become hotter and drier, we will also need to consider what plants we have in our gardens and how we water them. In the past there have been bans on the use of hosepipes in gardens to reduce the amount of domestic water consumption and without better water management there could be more put in place to reduce stress on water resources. Choosing plants that are better suited to a warmer climate reduces the amount of water needed in the garden, and watering early on a morning or later in the evening reduces the amount of water that is evaporated by the sun during the hottest part of the day.

Living in a More Sustainable Home

These are all just small ideas that are part of a bigger picture in creating a sustainable home. We can of course go further with the water-efficient appliances and things like low-flow shower heads that also reduce the amount of water we use. However, making small and simple changes like those mentioned above can easily make a difference. The pressures created by climate change and wasted water will only exacerbate all problems created by the climate emergency and will likely devastate the natural environment. We can all do our part, and this is certainly an easy place to start!