Just a few weeks ago, the BBC One programme, War On Plastic, introduced many to how plastics are created and where one-third of the 1.8 million tonnes of UK plastic is produced. During the programme, rather than take any responsibility for the plastic crises we currently face, they shifted the blame to others, citing the inability to recycle the plastic they produced. In their own words, “Plastics, per se, are not the problem. Waste plastic is.”

However, Ineos is very, very wrong. As Hugh put it when discussing the issue, the plastic tap is open and the bath is overflowing. Just mopping up the water isn’t enough, we need to turn off the tap!

The tiny plastic pellets produced at Ineos’ petrochemical site in Grangemouth are the raw materials for the most popular form of plastic that is used in a huge variety of products. Currently, each pellet is produced from fossil fuels with no recycling of plastic occurring at the plant and consumes a huge amount of energy in creating them.

In the UK, 1.8 million tonnes of plastic are produced each year – one-third of which originates from Ineos’ Grangemouth site. At this one facility, 60-70 billion pellets are produced daily before being bagged up and shipped out. That’s already a huge number, but Ineos are actually looking to expand operations…

The tiny plastic pellets are called nurdles, and they’re an environmental nightmare.

The Environmental Impact of Nurdles

Ineos can argue that plastic, in general, is not the problem but they would be very wrong.  That’s not to say plastic still doesn’t have a role, it does, but it’s used far too excessively when there are so many viable alternatives or there’s just no need for it.

Each year an estimated 53 billion of these nurdles are lost and enter the UK environment, either on land or at sea. During a 2017 study on plastic pollution, an estimated half a million nurdles were collected on beaches in the Firth of Forth – exactly where Ineos’ Grangemouth plant is based. Of the 279 beaches that were surveyed around the UK, 73% were found to be littered with nurdles. 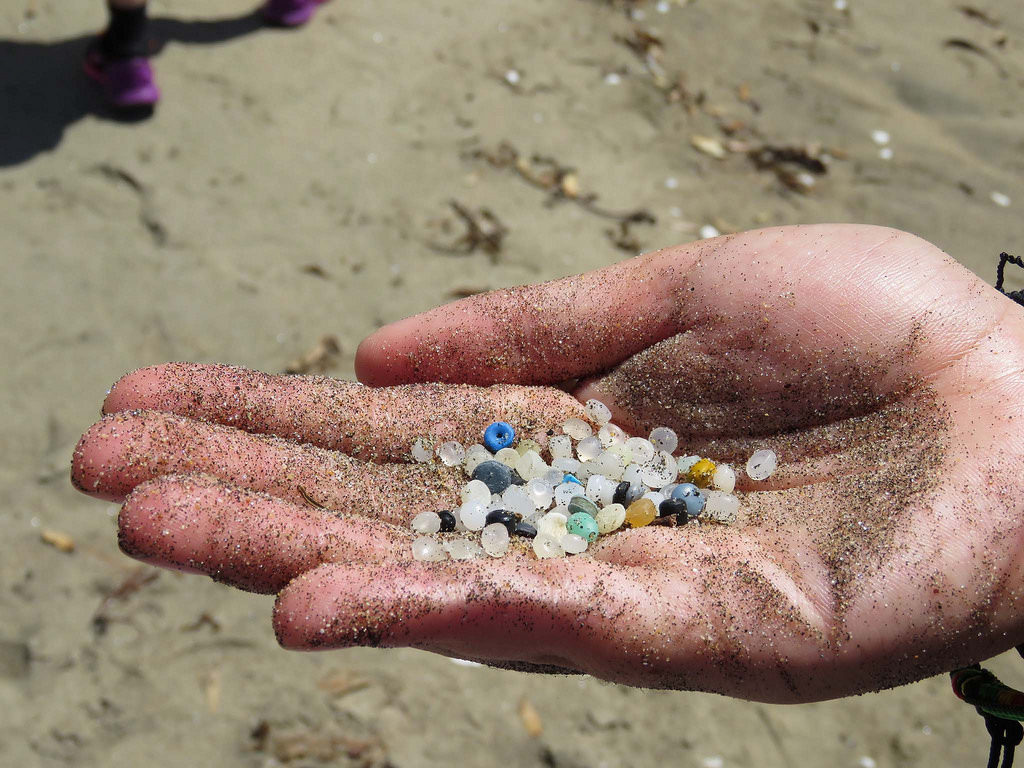 These tiny plastic particles can easily be confused as food by marine life. Fish and seabirds confuse nurdles as food and consume them but are unable to digest them. They don’t break down and we continue to find these small plastic pieces in the stomachs of marine animals and seabirds. There’s evidence of young chicks and small birds being fed plastics which stunt growth and development – something else that will have very negative impacts on marine life.

There’s also growing evidence that nurdles and other microplastics that are consumed by fish and other sources like bottled water are entering our bodies, having adverse impacts on many of our bodily functions. Unlike many other animals we can generally tell if we’re eating plastics, but these microplastics are so small we don’t realise!

The process of turning oil and gas into plastic is an extremely energy-intensive one. As mentioned in War On Plastic, the process of producing nurdles consumes the same amount of energy as three large Scottish cities. The shale gas they now predominantly use to produce the nurdles is shipped in cheaply from the USA and stored on-site before it’s used in the plastic production process.

The environmental impact of producing plastic just keeps building. The energy expended in producing the shale gas. The likely environmental damage caused by the construction of a pipeline that will transport it to a port. The fuel and waste produced by ships constantly transporting shale gas between the USA and Grangemouth. Then, finally, the production of plastic. Add all of that together and you have huge repercussions for climate change and our ability to avoid the dangerous levels of warming.

It certainly gives some perspective. We’re all trying to make our homes more energy-efficient and being told how we can reduce our carbon footprint, yet companies like Ineos are freely consuming huge amounts of energy and emitting greenhouse gases into the atmosphere – and still expanding!

Expansion Would be Catastrophic

Ineos’ plans to expand and the projected increase in plastic production comes at a time where we need to be drastically moving away from plastic. Businesses, cities and even countries are slowly beginning to commit to banning single use plastics but, given that plastic production is still expected to rapidly increase, there is still so much that we need to do to remove plastics from the waste stream.

We must look away from plastics as a cheap product and look to more sustainable products that can be better recycled and have a much smaller environmental impact, whether that’s in their production or its relationship with the biosphere. We’re more aware than ever of the impact we are having on this planet, yet we still continue to drag our heels on any meaningful action.

Every single nurdle Ineos and other petrochemical companies have produced still exists. It could be part of a child’s plastic toy, plastic packaging in landfill or as a soft drink bottle floating in the Great Pacific Garbage Patch, but it won’t be disappearing for hundreds of years. We must stop this process. The best time would have been when plastics were first produced on an industrial scale, the second best time is now.

3 thoughts on “Sorry Ineos, But The Plastic Crisis Goes Way Beyond Waste Plastic”